In 2017, we reached a ginormous milestone: We helped Nevadans close more than $3 billion in mortgages since our Home Is Possible (HIP) homebuyer program took flight in September 2014. Suffice it to say, we’re super proud of this mind-blowing number—and the HIP-qualified lenders and real estate agents who helped make it possible. As you might guess, there are a few other monster numbers associated with it that we’re also eager to share:

So who are the people benefitting from the family of Home Is Possible homebuyer programs? People just like you. The typical Nevadan who has benefitted from our HIP, HIP For Heroes or HIP For Teachers program:

What’s more, those are just average numbers. The max numbers, which are pretty generous if we do say so ourselves, are as follows: 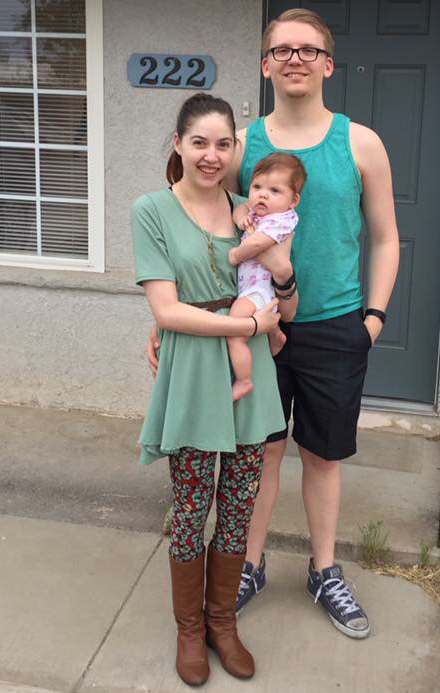 Matt and Melissa Fitzgerald of Henderson, Nevada were just one family who found a home of their own in 2017, thanks to the Home Is Possible homebuyer program. Their one-year-old daughter, though a girl of few words, is clearly a HIP fan, too. The family spokesman (Matt) said, “We bought our home because we were tired of paying rent for someone else’s house. I’ve lived here almost all of my life, but I’m not sure we would have been able to buy a house without help from the Housing Division.” He added, “We repainted the entire house the first month we moved in. There’s so much we want to do and now we can.” Glad to help, Fitzgerald family!

Is 2018 Your Year For Downpayment Money?

Sure, walking down memory lane was fun, but now we’re laser focused on building upon our momentum. Will you be part of our next big milestone? Is 2018 your year? (This is where you say yes.)

There’s no time like the present to get started. Your HIP-qualified lender and HIP-qualified real estate agent will help you every step of the way. Happy New Year.